Where is programmatic TV advertising heading?

Let’s face it, most of us have a video on demand (VOD) channel (or two) that we love. We bought into the subscription because of one show we really wanted to see that wasn’t available anywhere else, and from there, we never unsubscribed. It became our hub, our ‘second television’ so to speak, except we now have total control and can binge-watch in convenience and an alarming lack of guilt for staring at a screen for an entire Sunday afternoon.

Naturally, VOD subscription rates are growing year-on-year. And it comes down to an increase in instantaneity- we want everything now, and we are not willing to wait. We’ve either been brought up with this expectation, or developed it over time.

It’s like if someone were to give us the choice of handing us a plate of chocolate cake, OR setting it on the table and only allowing us to eat it on Thursday evening at 7pm. We’re far more likely to follow the path of instantaneity and take full control of when and where we choose to eat the chocolate cake. And it appears the nation likes this idea of instant chocolate cake, with Netflix claiming more users in the UK (10 million) than Sky satellite TV subscribers (9.6 million).

With the growth in VOD subscription rates, the opportunities in advertising follow. We could now target viewers based on data; this means more reach, and more effective targeting – every marketer’s dream. And platforms such as Hulu are already doing exactly that. Could being the operative word here however, given that paid subscriptions on most UK VOD platforms do not allow adverts, yet. But what about in linear TV?

The misconception that people are no longer watching linear TV is a big one. A survey conducted in November 2018 revealed that out of over 1,600 respondents across Nordic, German, UK and US panels, 83% stated that they do indeed watch linear TV on a weekly basis. There is however a decline happening – especially amongst the younger generations where 55% fewer 16-17 year olds are watching TV now than they were in 2013. It’s expected that the biggest decline in TV viewership is across 16-34 year olds, but what’s more alarming is that there is also a decline amongst the older generations.

As marketers we fear that a decline in linear TV will result in us not being able to possess mass reach at our fingertips. But let’s take a step back and examine the entire TV market for a moment. VOD is continuing to grow and platforms such as Netflix and Amazon Prime are and will continue to fight for the top spot, whilst Disney and other companies alike will soon be launching their own VOD platforms. But, perhaps the most interesting thing about the growth in VOD lies less in the stats and more in the culture that it is creating.

A shift in TV culture

Whenever I open social media, consumers are posting about what they’re watching on Netflix or BBC iPlayer, and funnily enough, a lot of people are commenting and sharing their opinion on that exact same TV show. At the office, if I were to ask ten people whether they had seen Birdbox over Christmas, how many do you think would say yes? I reckon the percentage would be rather high. And from those that would say no, how many do you think would reason that they had instead chosen to watch something else on that very same VOD platform? Having said that however, the most apparent shift in TV culture is visible during my commute to work, when I look up and find a considerably large proportion of people in my tube carriage streaming something on a VOD platform.

It’s possible then that mass reach is not disappearing, but simply merging into various VOD platforms. Though Netflix claim they will never start showing advertisements on their platform, with their rapid subscription growth and mounting pressure on them to do so, it’s only a matter of time before they succumb.

The arrival of programmatic TV advertising

Don’t completely close the door on programmatic TV advertising in linear TV just yet though. Sky, who launched Sky AdSmart in 2014 (serving different ads to those watching the same program in different households), announced the arrival of programmatic TV advertising, in September 2018. This would firstly be introduced on its VOD platform, and then, to its addressable platform, AdSmart. ITV, Channel 4 and Channel 5 have also mentioned they are developing ad tech that will enable addressable TV advertising via programmatic, but why is it taking so long?

If we think about it, there are a few obstacles that stand in the way of programmatic TV advertising in linear TV, but perhaps one in particular that stands out more than the rest. Traditional TV advertising is booked months in advance, meaning programmatic would essentially turn the traditional model on its head. One of the reasons that TV advertising needs to be booked months in advance is that there are, of course, advertising regulations in place to align with the high standards that are set for every single TV ad that goes live. This, alone, could cause a few problems.

But if TV channels get their act together and develop effective ad tech for programmatic TV advertising in linear TV, it could bring about great change in the digital advertising realm, and a step forward in audience targeting. Sky seems to be well on its way, and the other channels seem likely to follow in the next couple of years.

Each fortnight, Croud hosts an internal industry roundtable where we discuss topical news items from within our industry. To find out more about programmatic TV advertising, or to get involved with the conversation, contact us. 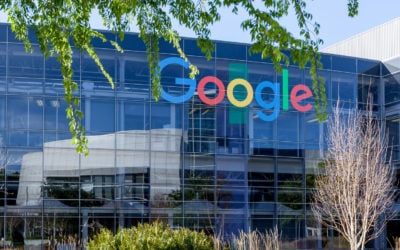 What is Ads Data Hub?

Google’s Ads Data Hub is expected to be a future-proof solution for measurement, campaign insights...

END_OF_DOCUMENT_TOKEN_TO_BE_REPLACED

How will iOS 14 impact advertising?

Over the last few years Apple has released many instances of privacy preserving protocols across...

END_OF_DOCUMENT_TOKEN_TO_BE_REPLACED 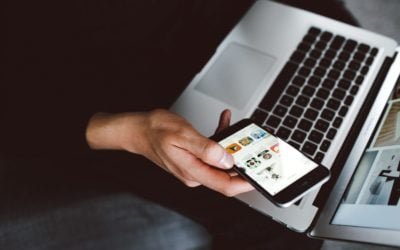 Black Friday is fast-approaching, and you’ll have undoubtedly already seen your fair share of...