The fact that Facebook’s performance measurement often doesn’t match that of the data in Google Analytics has long been a source of consternation for digital marketers.  Now that we know why the analytics data is often not the same, should we discard Facebook’s data, and accept that the only truth is the one we see in GA?

At Croud, we think there might a better approach for it.

What can we measure?

Apart from post-view conversion and the difficulties of sharing this data between platforms, we can always append trackers to the URLs and that way track some of the sessions and conversions, even though there are several reasons why data might present differently on these platforms. So, despite being able to pass some of the information to Google Analytics, there will always be some data missing (or most of it if we consider post-impression interactions).

With this said, it’s always worth taking a step back and considering how the digital marketing world has evolved and why we’re tracking conversions?

People have been speculating as to the potential threat that Facebook might pose to Google’s advertising model from as early as 2010. This was despite the fact that Facebook was not competing in search, and certainly wasn’t impacting the number of searches taking place on the internet.

In this sense, in-app advertising is perhaps more similar to traditional media advertising than to search, but with one essential difference: we can track the interactions that users have with the ads they encounter.

Tracking interactions is new for traditional media but is the foundation of paid search marketing. The issue comes when trying to measure and compare what might be termed “new traditional display” with the “old internet marketing”.

When it comes to the ‘traditional’ channels, a user might be engaged in other activities and thus be less likely to take action in that moment. If the creative of an ad is engaging enough on Facebook, a user may stop to click, but often times they will just continue scrolling. If we consider platforms such as Waze, which a user employs whilst driving, it’s difficult to imagine that a driver would park their car to browse the internet. Is there no value in that impression, simply because it hasn’t delivered an immediate action?

Perhaps then, what we shouldn’t be doing is trying to make a direct comparison between the activity with takes place here with that of search activity. Rather, we could use the data available on Facebook to add another dimension to measurement, giving us a wider view of the interactions.

Here are five ways you can use GA to effectively determine the value of Facebook activity:

1. Acknowledge what you can track

We know that the data you can glean from each ad platform is always different from the one you can access through GA, but there are ways to correlate the two. When it comes to Facebook, we know that GA’s last-click attribution won’t be able to attribute actions without a direct click involved, and exlcudes conversions apart from the ones that happened in the last session. This means that any post-click conversions that happen over time have a high chance of being attributed to other channels. The cross-channel journeys also have a high chance of not relating at all to the first click, undermining GA’s ability to perform analysis on assisted conversions.

By analysing cross-device conversions registered on Facebook, as well as the time lag between a click and a conversion, it’s possible to gain a much better picture of how activity is performing, and how this activity is affecting the whole campaign. The number of conversions will vary depending on the campaign, the audience and the placement used, but we can say that about 40-60% of Facebook conversions occur cross-device. What if the activity you’re running is not affecting your campaign in any way? Are these conversions happening as a result of my impressions, or would they have happened anyway?

Using Facebook’s ability to report in different conversion windows, we can estimate that at least a minimum of those conversions will have been incremental.

We know that the impact of viewing an ad extends far beyond a week; new customers who have never heard of a brand visit will visit a page long after an ad has been served, supporting this hypothesis.

Taking a very conservative approach and assuming that one week after seeing the ad originally it has little to no impact on the viewer, we can calculate the average post-view conversions per day after the first week, and compare the increment that this generated in the first week.

After conducting this type of analysis across several of our clients, we calculated that between 40 and 70% of post-view conversions in a 28-day conversion window take place within the first day of  the ad being served. Every marketing activity influences other channels. We’ve seen reductions in traffic and decreases in conversion rates on Branded searches after pausing paid social activity, and increases on brand term activity after expanding to generic and lower-performing Facebook audiences.

The best way of determining the real value of activity inevitably involves keeping an overview of all activity, understanding the whole story, and monitoring  any changes or fluctuations using other channels too.

When it comes to social performance, interesting metrics to consider in your analysis include:

4.  Establish KPIs for Each action

The answers to these questions are crucial to determining what creative is implemented, the audiences targeted and the weight we give to the several metrics utilised.

Human behaviour is not static, so we should make sure our metrics evolve accordingly. The digital goals for your business may change over time, as will the landscape, so we should always make sure to consider these as starting points.

In short, the answer for data analysis lies not in trying to measure everything in the same place, but rather to understand what every platform can contribute in terms of data, and make smart decisions accordingly.

END_OF_DOCUMENT_TOKEN_TO_BE_REPLACED 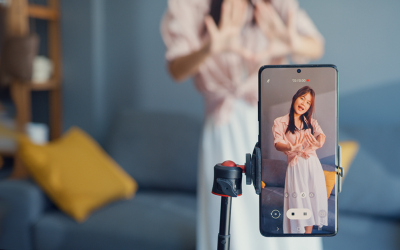